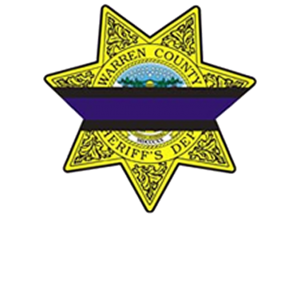 Lonnie Cole was a twenty year law enforcement veteran. He devoted his professional life to serving the general public, and lived his life as a role model to others. During his time at the Sheriff’s Department Lonnie was a strong influence on many of the young and inexperienced deputies, and actually filled a “father-like” role to some. To those not familiar with his personality, he often appeared to be a quiet and private person. Anyone that had the good fortune of knowing him on a more personal level knew that there were countless jokes, and a warm smile behind his facade. Lonnie was the type of individual who would normally sit and listen to his peers talk, and not interject his own opinions or comments. Often a man of few words, but when he would decide to talk it was normally sound advice based upon his own life experiences. While at the Sheriff’s Department Lonnie was assigned the badge number of 471, which out of respect and remembrance will be permanently retired from service.

Clifford Georgen was a twenty-six year law enforcement veteran. After completing an honorable career spanning twenty years with the City of Florissant Missouri, Cliff took a bailiff position with the Warren County Sheriff’s Department. When not acting as the primary bailiff for the Circuit Court, he could be found standing guard at the security post in the courthouse lobby. Persons entering the courthouse on any given day would have been normally greeted by Cliff. Regardless of the circumstances in his private life, he maintained the public image of a grandfather-like man who had a smile and kind word for all he met. In a department composed primarily of younger officers within the first ten years of their careers, he was always viewed as a “salty dog that has been there and done that!” While he was never one to boast or impose his thoughts, experiences, or opinions on anybody, he always stood ready to share words of experience and wisdom when requested. These were the stories and advice of a senior officer, whose knowledge was obtained through many years of both success and failure on the street. Such wisdom cannot be taught, one can only hope to live long enough to gain it through similar experiences. In January of 2008 Cliff retired after being diagnosed with inoperable cancer.

Paul Fricke enlisted in the United States Air Force upon graduating from high school and served in support of Operation Desert Shield and Desert Storm. Upon being released from active duty he worked several years in the heating and cooling business before feeling the desire to again serve his country. In 2005 Paul attended the Eastern Missouri Police Academy and graduated with a Missouri 945-hour Class-A certification. Paul was hired as a part-time patrolman by the City of Hawk Point Missouri immediately upon graduation from the academy. Later that same year he was hired as a Warren County Deputy Sheriff. Within the first year of employment at the Sheriff’s Department Paul was promoted to Corporal and assigned as a patrol shift supervisor. Later he was also assigned duties as a Field Training Officer to assist in the training of new deputies. On May 3, 2007 Paul was appointed as Chief of Police for the Hawk Point Police Department. The fact he was promoted from his peer group at both agencies, and tasked with supervisory responsibilities is a testament to his character, professional ability, and work ethic. Known for his sense of humor Paul could always be counted upon to break the monotony of a slow shift, or the tension of a critical moment with a comment or joke certain to evoke a snicker or smile. He enjoyed camping, fishing, hunting, attending St. Louis Cardinal ballgames, and spending time with his friends. Most importantly Paul enjoyed being a police officer and deputy sheriff. On August 27, 2010 he was killed in the line of duty in a motor vehicle accident. While at the Sheriff’s Department Paul was assigned the badge number of 458, which out of respect and remembrance will be permanently retired from service.